It is my Birthday and I Love Every Minute of It 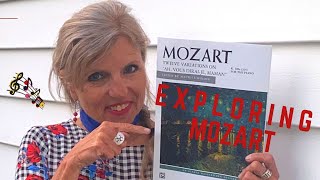 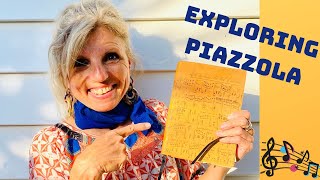 Click on the picture above to listen to the video!

Antonín Dvořák's music is full of spontaneity, vivid colors, sweeping longing melodies, urgent drama and whimsicality. His music envelops you with joy (as Symphony no 8, Dumky, Humoresques, Carnival Overture), urges to seize the day (Othello, Symphony no 9, American Quartet, Watergoblin) makes you dance (Slavonic Dances) or sit by the window and romanticize (Romantic pieces, In the Nature, Serenade for Strings, Symphony no 6, Gypsy Songs, Moravian Duets). It paints landscapes, conveys stories, introduces colorful characters, and sings the beauty of a sweeping spectrum of ethnicity. Mainly then, his music, no matter how dramatic, sad or pressing, will make you feel that everything will be just fine. Even his saddest symphony no 7, starting in the "mourning" key of D minor ends on an optimistic D major!

Dvořák (1841-1904) was a Bohemian composer who was born within a moment (a long long moment) in the history when Bohemia was ruled by the Habsburg Empire from 1526 till 1918. The Habsburgs went through several formations: first the Czechs belonged to a Holy Roman Empire, after its dissolution in 1806 to an Austrian Empire, and finally from 1867 to an Austro-Hungarian Empire. The official language of the German speaking Habsburgs was of course German, and the Czechs were submerged into the German culture with no space for any other.

The resilient Bohemians kept the Czech language along with the folk heritage, traditions, customs, and a way of life well preserved in spite of 400 year long absence from the official scene. That is why Antonín Dvořák, living in the time of fight for national identity, stands his patriotic ground by permeating his music with Czech and Slavic motives. Many Czechs before Dvořák were outstanding musicians who influenced the course of the music world—Zelenka, Johann Stamitz, Mysliveček, Waňhal, Dušek, Rejcha, Kněžek, Punto and many others, but it was Dvořák and Smetana (1824-1884) who were the first to show in their music the Czech melodies, harmonies, and themes. Czechs needed the likes of Dvořák to feel that they are heard in the world through his music. They may have been silenced for a long time, but with the sound of Dvorak's Czech music becoming famous around the world, they became visible and for many discovered or rediscovered.

Dvořák became famous in Europe and also in America. And not only with his music, but also with his

two and half year stay in America. There, he wrote some beautiful significant pieces of music: Symphony from the New World, American Quartet, Cello Concerto, American Quintet, Dumky, etc., but mainly he tried to define and initiate the development of classical music of the New World. How did it happen? He was invited by the great visionary, Jeannette Thurber (1850-1946), to lead her National Conservatory of America (est. 1885). She was an incredible philanthropist and "maker&shaker" in the field of classical music in America. She was a Paris Conservatoire trained wealthy musician of Danish origin deciding to change the landscape of American classical music in three ways: First by sponsoring many classical music events unprecedented in New York City, then by building a music conservatoire so the American talent does not have to leave to Europe to study, and then she wanted to find and define the original American classical music. She chose Dvořák to be the director of the Conservatory. After Thurber's bombardment of letters and telegrams, an offer of irresistible conditions and a very high salary, Dvořák accepted the directorship of her Conservatory and arrived to pier Hoboken, N.J. on September 27, 1892.

Dvořák loved America: The urban beauty and lively bustle of New York and Chicago, the vast diverse breathtaking landscape, the Czech hamlet Spillville, Iowa, and especially he loved American people. In his letters he expresses "wow" after "wow" at the kindness, tolerance, and welcoming nature of Americans. (His laudatory letters are as passionate in praise of Americans as the letters of Tchaikovsky who came to New York a year prior Dvořák to conduct the gala for the opening of the Carnegie Hall. And, frankly, those two famous gentlemen took words out of my mouth when I first arrived to America.) Dvořák touched American music with quite wisdom and vision for the "indigenous" American classical music that Thurber was searching for.

After about 6 month in America, working with many students, one stood out: Harry Burgleigh (1866-1949), an African-American singer who sang for Dvořák what seemed a day and night.

Dvořák was a keen listener, exposed to native Indian music, culture he liked and had knowledge of from home, embracing the music of many immigrants he came across Lower East Side where he resided. He soaked up the American culture, analyzed it, thought about it and then on Sunday, May 21, 1893 Dvořák offered to the New York Herald an interview: "In the Negro melodies of America I discover all that is needed for a great and noble school of music. They are pathétic, tender, passionate, melancholy, solemn, religious, bold, merry, gay or what you will. It is music that suits itself to any mood or purpose. There is nothing in the whole range of composition that cannot be supplied with themes from this source. The American musician understands these tunes and they move sentiment in him."

Later he added it was the spirituals and native Indian music that should be a core of American classical music along with the heritage of immigrants.

His interview in the above mentioned New York Herald created polarizing reactions in America and even in Europe. When Dvořák offered his thoughts, it was long after the Minstrels Shows were established and still popular: est. around 1830's; in the shows white people black-faced, impersonating black people in not very complimentary manner, using their music to entertain and in many instances mock.

Dvořák bid the music of African -Americans and Native Indian with incredible intrinsic and potential value. Certainly his admiration resonated in, for instance, Symphony no. 9, American Quartet, American Suite... From pantetonic scales so typical for spirituals,, swinging upbeat melodies triggering hope and optimism, swift Indian dances and the opennes of American vast beautiful landscape, it is all arrested in Dvořák prophetic music echoing the beauty of American collective soul.

Thank you for listening to my video, reading the post, and off to the beautiful music!

When you click the video below it will offer a link in the picture "Watch this video on Youtube", click that, please! It will take you to Youtube, then you can come back for the second sample. Thank you!

Enjoy the beauty of American Suite, op. 98, in five movements, inspired by his experience in America filtered through Bohemian eyes of Antonin Dvořák.The orchestral version of the American Suite is based upon Suite in A major for Piano, was composed a years after the original, premiered in concert in 1910 and published in 1911.

Compare to the same piece, actually the original piece,Suite in A major for Piano, op.98, written in New York between February 19 and March 1, 1894, premiered in December 1894.